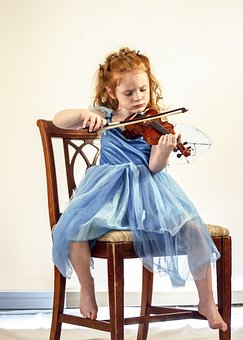 Bohemian Rhapsody is the name of the upcoming Queen biopic, named after the band’s most well-known song. Other films about Wildlife Removal music artists have used their favorite song for the name, such as Mamma Mia about Abba and”I Walk the Line” about Johnny Cash. Famous songs have also been used for names of film concerts by particular groups, such as Led Zeppelin’s The Song Remains the Same and The Last Waltz from the Band.

In most cases when the two productions have the exact same title, the movie has very little to do with the song. For instance, the movie American Pie has no connection to the Don McLean song, nor does Pretty Woman bear any similarity to the hit by Roy Orbison.

Occasionally, hit tunes have born such good story lines they film makers have shifted the lyrics into a movie. Here are eleven examples of songs that were later made into movies.

Kris Kristofferson was selected as the star of this picture about a group of truckers who use their CB radios to form a powerful coalition against corrupt practices of highway policemen.

The Peach State is the obvious setting for this story of murder, romance, and police malpractice, based on the song that reached number one a couple of years prior.
Harper Valley P.T.A. by Jeannie C. Riley
Barbara Eden stars as the sexy blonde mother who gets fed up with all the hypocrites in her small town, just like the main character in the famous song from the Sixties.

Of course the Tallahatchi Bridge will be included in the movie, for it served as part of the chorus in the song about a secret affair and its mysterious aftermath.
Coal Miner’s Daughter by Loretta Lynn
Since the song was autobiographical, it made perfect sense to assign it as well to the Sissy Spacek movie about the country legend’s life.

The Gambler by Kenny Rogers
The made for TV movie, starring the singer himself, did not have anywhere near the success as the number one record.

Ruben Carter suffered from false imprisonment for murder, an injustice that Bob Dylan made into the biggest hit from the Wish album. Three decades later, the story of this heavy weight champ was made into an unforgettable movie.
Tom Dooley from the Kingston Trio
Murder serves as the background for this folk classic, which quite naturally fit into a Hollywood Western.

Pretty Boy Floyd by Woody Guthrie
He was a gangster whom Woody painted as a Robin Hood in the song, which twenty years later was developed into a script.

Copa Cabana by Barry Manilow
Rico and Tony become a fatal fight over Lola the dancer in the song and the movie, the former of which has been much more enduring than the latter.

Alice’s Restaurant by Arlo Guthrie
Everyone’s favorite Thanksgiving song is nearly as long as (but much funnier than)/the movie itself, which appeared a few years later with Arlo himself as the star.