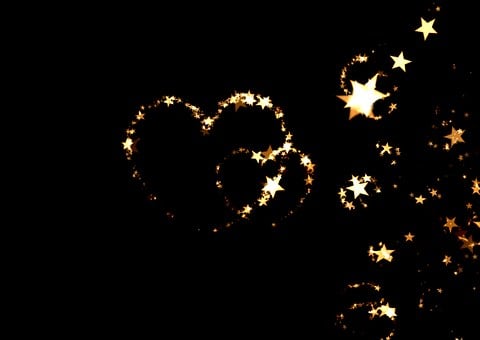 “As soon as you trust yourself, you will know how to live.”

Have you ever actually heard yourself complaining about how you can not do something?

I have… and it was not pretty. But it was made for a funny story!

In actuality, I created a presentation based on stated funny story and delivered it recently at a women’s networking event. The talk was well-received (and everyone laughed at the funny part) but I rather surprised myself in the question and answer period afterwards.

My presentation was called,”The Electric Jello Story – Turning I Can’t Into I Can… and I Will.”

The first part of my talk was a rather sordid tale in my party days about a bachelorette gone awry. I had overindulged in certain electric jello shooters and had been sent home from the pub early. But when the girls attempted to wake me from my drunken slumber in the wee hours of the morning (so that I could buzz them up to the apartment) I wanted no part of being woken up, thank you very much.

Nor could I appear to figure out which button to push on the absurd intercom to let them in the foyer.

Unfortunately, my repeated wails of”I can not” (in the most whining and pathetic tone imaginable) was recorded on the answering machine. Much to my chagrin, the women played the tape back to me the next morning.

It was awful. But to this day, I can still hear how dreadful I seemed!

Anyhow, in the next part of my presentation, I told the story of this conversation I’d had with my husband the day before he died. I had said to him:”I am so scared I will wake up 20 years from now and still not have finished Palm Springs Raccoon Removal.”

To which he’d responded:”You are likely right about that… just so long as you know that will have been your choice.”

But in all fairness, after 12 years of being together, I believe the poor man had run out of patience listening to me complain and whine about not having the time or money to write. For at least a decade, I had used every excuse in the book as to why I couldn’t make my writing a priority.

I promised myself I would wake up early the next morning and do an hour of writing before going to work at my clerical job.

However, if the alarm clock went off the next morning, what did I do? I pushed snooze. “I can’t get up,” I told myself (in a whiny, pathetic voice). “I’m too tired to write.”

When I finally hauled my butt out of bed, after pushing the snooze button multiple times, there was not any time to write. In fact, there was barely time for me to get to work.

And when I did arrive at work, my whole life changed in an instant. John died that day. And I got the wake-up call of all wake-up calls about the threat of waiting for a tragedy to wake us to the importance of achieving our dreams.

Two weeks after his departure, I started writing what would become my novel, A Widow’s Awakening. It took me 8 years to get it – and me where it had to be. But I did it.

After I completed my presentation at the women’s media event, we had an impromptu Q&A, and the host asked me this question:

“If there was only one word to describe what you think is the most crucial thing concerning transforming”I can’t” into”I can,” what would it be?”

I thought about this for a moment and then a single word popped into my mind.

“But not religion in the traditional way we often think about faith, as in having faith in some sort of divine guidance or a religious belief.”

“I’m talking about faith in one’s self.” I continued. “I think it is absolutely imperative that we have faith in ourselves and our ability to achieve what it is we really want to reach. Because if we do not have this, then all of the divine help and spiritual guidance in the world can not help us.”

Likewise with our mortal fans.

John believed in my potential as a writer and did what he could to inspire me to take concrete actions towards meeting my goals i.e. get my butt in the chair and WRITE.

But in the end of the day, taking action was my responsibility. That was a very difficult life lesson to learn in the wake of such an immense reduction.

If we do not have faith in ourselves that we can – and will – measure up to the plate, each and every day, and do the work that needs to be done, then the support and encouragement of our nearest and dearest, as well as any type of divine guidance we may believe is available to us, won’t be of much use.

And for the record, I DO believe there’s a tremendous quantity of spiritual aid just waiting in the wings to help guide us… sending us all sorts of signs and signals. We just have to a) pay attention and b) take action. I guess, however, that those other forces don’t require our faith.